Get fresh music recommendations delivered to your inbox every Friday.

by Geoffrey Castle and John Schussler 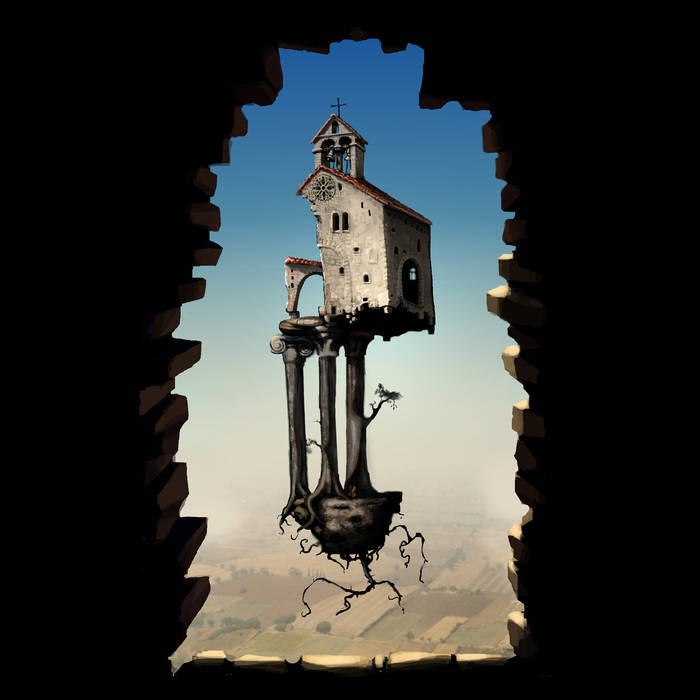 In the 70s and 80s, Shadowfax forged a union between fusion and world music. Now the Guarneri Underground is picking up that cue. Led by the twin violins of Jeffrey Sick and John Schussler, The Guarneri Underground changes clothes at a global bazaar, donning middle-eastern dumbeks and and African cross-picked guitar on "Big Island," and the Australian didgeridu and African talking drums on the hypnotic "Bloodmoon." In addition to his violin, Schussler doubles on bouzouki, guitars, flute, and all kinds of African-Asian percussion. Not all the Underground's songs are an ethnic stew, however. "Mango Twister" is a gentle ballad, while "Assisi" gets into a cyclical groove that recalls Jean-Luc Ponty. The Underground's fusion roots are readily apparent when bandmates crank up the wah-wah pedal on "Bathers as Asnieres" and "Captive," conjuring images of Ponty, Jerry Goodman, and the best from fusion's halcyon days."

"Captive is the sophomore effort from the duo of Jeffrey Sick and John Schussler. Here, the vibe runs a little more smoothly than on New World, with a heavier leaning on the jazz capabilities of the violin for a number of the tracks, and a decent leaning on the percussion and didgeridoo lines that have become so commonplace in modern worldbeat. Half of the songs on the album are original material by the duo this time around, showing off some nice abilities in creating a good song. The focus is, as always, on the violins of the pair (especially Sick's), with a small collection of reserve players coming through from song to song. The works range from the Appalachian-infused "Uplands Ride" to the nearly juju-esque "Big Island," from surf rock in "Surfin' Ivory" to jazz in "Bathers at Asnieres." The basic genres are repeated throughout, but new takes are given for each effort. The compositions themselves are exquisite in their own right, but seem likely to fall rather flat without the virtuosity of this particular pair of musicians powering their way through them. As such, the best reason to listen to the album would be to hear Sick's violin and Schussler's bouzouki, both of which can bring out some outstanding licks and solos at a moment's notice. It's a nice look at the up-and-coming sector of world music based in jazz. "

Geoffrey Castle
Based in the Pacific Northwest, Castle's music spans the globe and draws from a deep well of influences. A pioneer on the six-string electric violin, his concerts leave audiences breathless.
Please visit www.GeoffreyCastle.com for more information about this artist. ... more